A charge-coupled device (CCD) is a device that records the movement of electrical charge, usually from within the device to an area where the charge can be manipulated, for example conversion into a digital value. This is achieved by "shifting" the signals between stages within the device one at a time. CCDs move charge between capacitive bins in the device, with the shift allowing for the transfer of charge between bins. 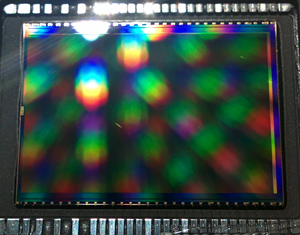 The CCD is a ground-breaking achievement of technology in digital imaging and especially in astrophotography . In a CCD image sensor, pixels are represented by p-doped MOS capacitors. These capacitors are biased above the threshold for inversion when image acquisition begins, allowing the conversion of incoming photons into electron charges at the semiconductor-oxide interface; the CCD is then used to read out these charges. Although CCDs are not the only technology to allow for light detection, CCD image sensors are widely used in professional, medical, and scientific applications where high-quality image data is required. In applications with less exacting quality demands, such as consumer and professional digital cameras, active pixel sensors (CMOS) are generally used; the large quality advantage CCDs enjoyed early on has narrowed over time.

CCDs use a special manufacturing process to create the ability to transport charge across the chip without distortion and that leads in very low noise images. This process leads to very high-quality sensors in terms of fidelity and light sensitivity. But CCDs use a process that consumes lots of power. CCDs consume as much as 80-90 times more power than an equivalent CMOS sensor.